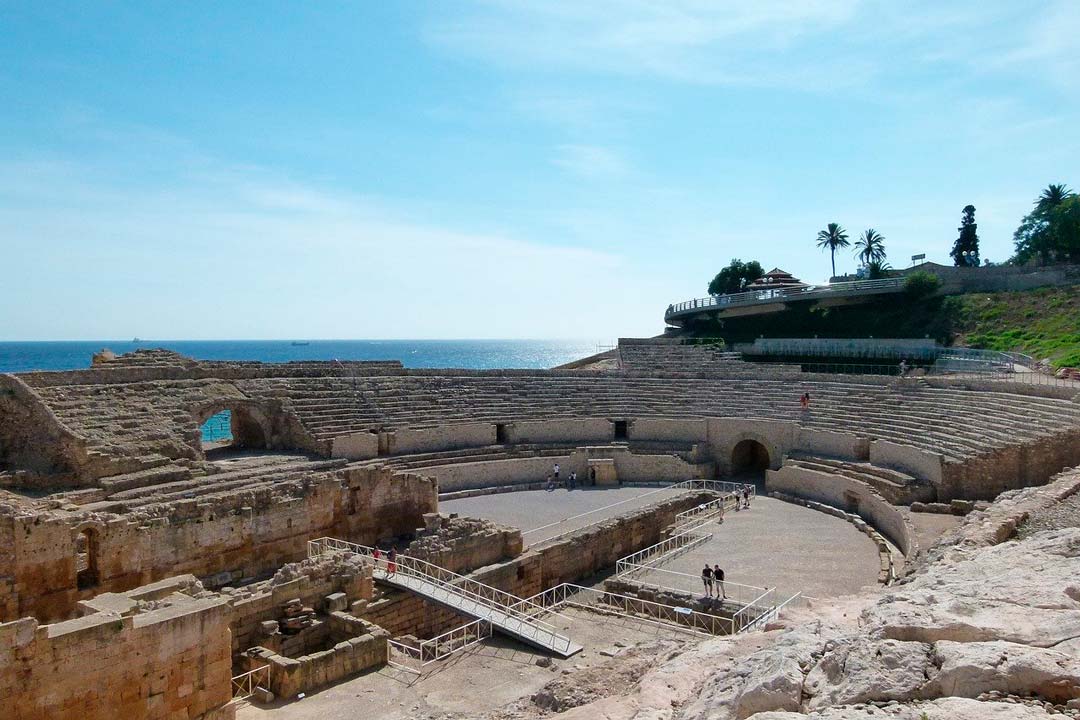 Hello Cocinacas! In our Food and Travel section, we'll show you the best tourism and gastronomy of the city we visit, so you know what to see and what to eat, since gastronomy is one of the most interesting parts of travel.

This time we go back in time to know Tarraco, one of the major cities of the Roman Empire outside Italy. It was founded around the year 218 BC. until it became the capital of the majestic province of Tarraconensis.

We mean Tarragona, a port city in Catalonia, located in the northeast of Spain. Bathed in the Mediterranean, it has the largest traditional fishing port of the region, so much of its gastronomic wealth comes from fishing. The Roman heritage, which has been protected by UNESCO since 2000, invites you to stroll through the streets full of history and charm. In a day or two, this ancient Roman city and its province will have conquered you.

Tarragona is not very big, so we recommend that you put on comfortable shoes and let yourself discover the city step by step. At the end of our cultural tour, we will tell you what the typical dishes that you must try so that you can enjoy the varied and indigenous cuisine. And if you have time to get around, we recommend two outings: one cultural and the other one gastronomic experience unique.

A historical walk through Tarragona 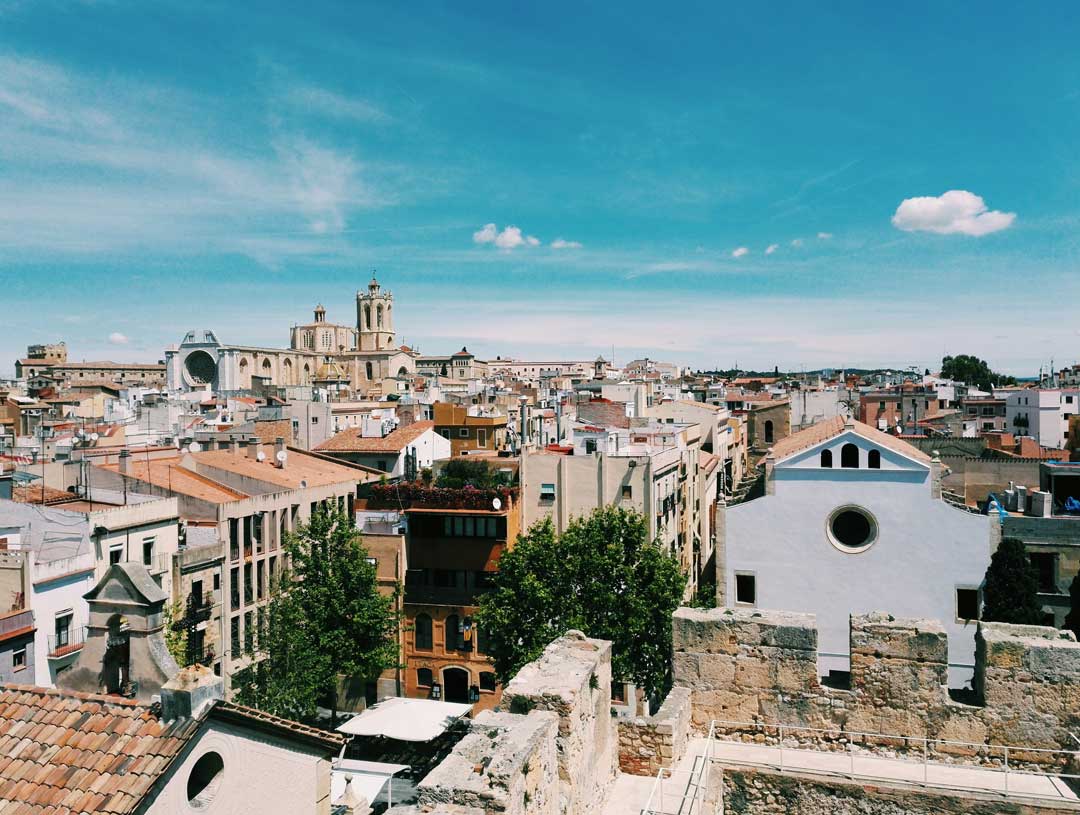 We start with Rambla Nova, the main street of the city. In it is the Castellers Monument, the people who made possible the construction of the famous Castells, the castles. It is a special cultural phenomenon in Catalonia that consists of building human towers.

At the end of the Rambla, the Balcony of the Mediterranean It gives us a beautiful view of the coastline, the harbor and our next stop: the Tarraco Amphitheater. It was built in the 2nd century, outside the urban core, although very close to the city. The location of this is not incidental. It is very close to Via Augusta and next to the beach, where the animals that would participate in the shows were unloaded.

Various activities were held in the Amphitheater: gladiator fights and fighting or hunting of wild beasts and it was also the place where public executions were carried out. It had a capacity of 14,000 spectators.

The three characteristic spectacle buildings of a Roman city, capital of one of the imperial provinces, were the amphitheater, the Roman theater and the Roman circus. The latter is very close, in the Plaça del Rei. At the moment it is mentioned as the old town or the high part of Tarragona, but it is part of the old provincial forum.

In this square there is also the National Architectural Museum (closed since 2018) and a Baroque church from the 16th century.

The Roman circus It was a building where horse and chariot races were held, with a capacity of about 30,000 people. It was built in the 1st century and is considered one of the best preserved circuses in the West, although part of the structure is hidden under old 19th century buildings.

Here you will also see the Praetorium, a Roman tower with stairs that communicated via underground corridors, the Provincial Forum with the lower part of the city. In the 12th century it became the palace of the kings of Aragon and later a prison.

The Roman theater is nearby Local forum or Colonia forum and in either case, the ruins of what were two of the old town's social sites may turn green.

Another monument that will not go unnoticed is Tarragona Cathedral, dedicated to Santa Tecla. It is located on a Roman temple, of which remains can be seen. Construction started in the 12th century, but only ended in the 13th, so that in its structure you can see the transition of styles between Romanesque and Gothic.

As we walk through the old town, we can also see in the Plaça del Pallol, the gothic building in which the Central Tourist Office and up front, the Old hearing. In it it is possible to admire for free the model of Tarraco, which depicts the Roman city in detail.

The Plaça de la Fontwhere is the Tarragona city councilAt the time, it was the central part of the arena of the Roman circus. Today you will see that it is a long street where you can walk and have a drink on one of the terraces on the sides.

We end our route in The Serrallo, an old maritime district. In it we see the traditional pastel colored houses of the fishermen, the Brotherhood or the Lonja and enjoy the good atmosphere. The Fish market It is one of the most important in Catalonia as the abundant fishing that arrives at the port every day is auctioned.

Seafood and blue fish are recognized by the Designation of origin Blue Fish from Tarragona. In each of the restaurants nearby you can eat the best fresh seafood.

Other typical dishes of the city

The most popular is the Romesco casserole. Normally it is fish or shellfish and refers to the dish fishermen cooked in the early 20th century with the ingredients at your fingertips. For example, garlic, dry bread, dried pepper, oil, salt and wine. They chopped them all with the mortar, baked it in the frying pan, added the fish of the day and made a "suquet", which they called romesco.

Every fisherman had their own recipe because the ingredients varied and you could add hazelnuts or almonds, tomato, chili, cookies … 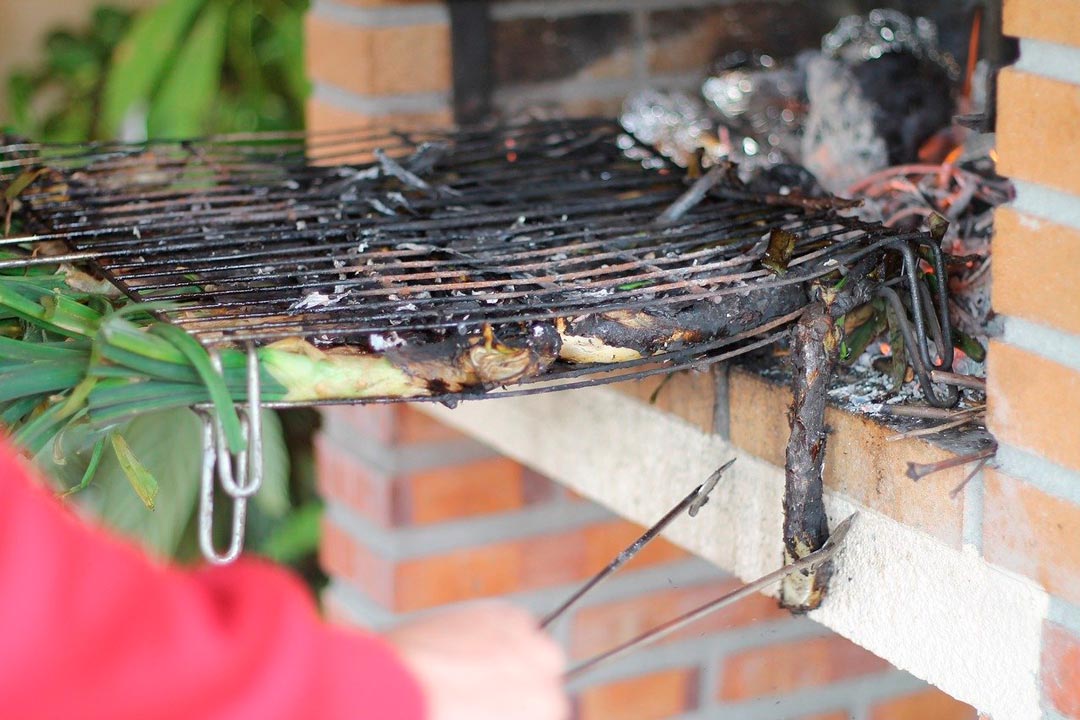 It is also very common to eat a calçotadaespecially from January to April, that is the season. A calçot is a long chive roasted on a vine base and eaten after slathered with a romesco sauce.

And in such a Mediterranean city, you should not miss a good rice dish. The seafood paella, the black rice but also the Arrojesat or Fideus rossejatthat is, the rice or the golden noodles.

They also have Designation of origin Tarragona wines, among which we should emphasize the mistelas and the stale, especially as a side dish with desserts.

To enjoy the wide and varied gastronomy of Tarragona, they celebrate the gastronomic days Tàrraco a Taula every May. Although in 2020 the XXII edition will take place in the fall.

Two essential trips through the province 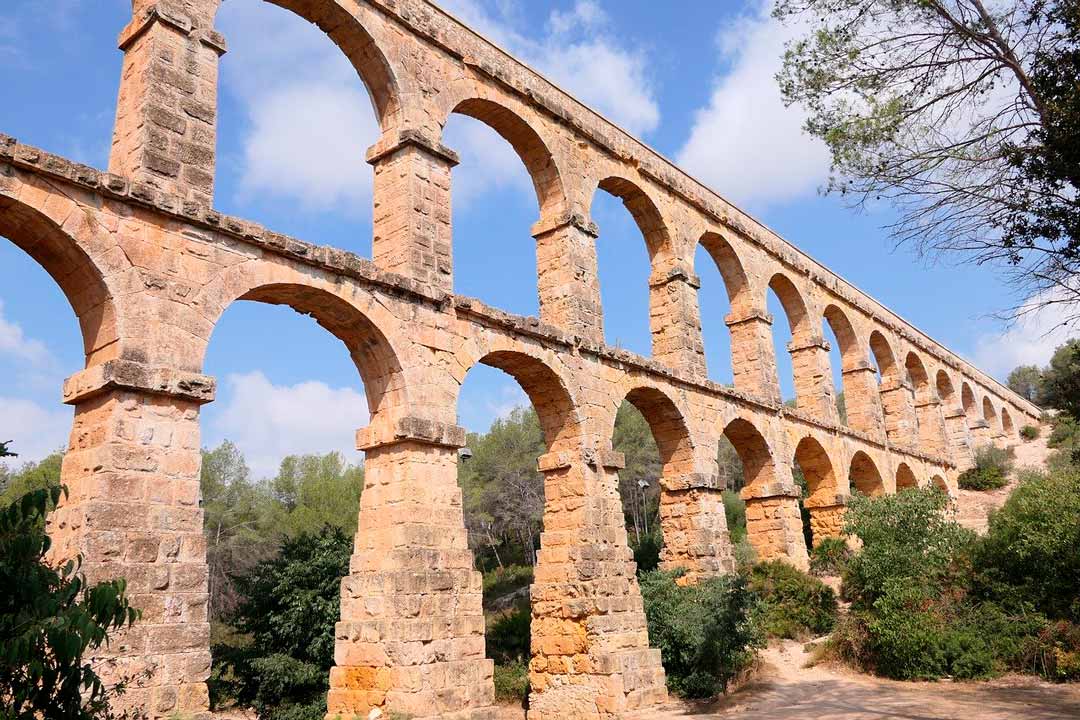 If after visiting the most characteristic places of this old city you have time to make a small cultural outing, 4 km away. From the center is the Aqueduct of Los Ferreres, also known as Pont del Diable. It was built in the 1st century to provide the city with water from the Francolí River. It is 217 meters long and it is possible to walk the upper part.

The other outing we offer you is gastronomic. We invite you to discover the origin of two-star products of the province, including to live in them and immerse yourself in the Ebro Delta.

There are many activities you can do in this area, but we propose two that are really special and unique. The first consists of visit the rice fields so you can see for yourself the laborious work of the farmer and the tremendous effort involved in planting and collecting rice grains. In these same fields you can see flamingos and many others birds.

To perform the second activity, you must go to Port of L & # 39; Ametlla de Mar. There, a catamaran will take you 4 km from the coast until you reach the aquaculture facilities of the Balfegó Group, where you swim with 400 wild bluefin tuna. Don't worry as it is safe and they are in ideal conditions fed exclusively with blue fish. The Tuna Tour team will explain its history, fishing and how the bluefin tuna is commercialized in Spain. It will be an unforgettable gastronomic experience!

We hope you enjoyed our visit Tarragona and its gastronomy.

Leave us a comment to tell us what you would like the next city we visit. If it's yours, we would love to know which places you would recommend us to see, and most importantly, what are the most typical dishes you recommend us to try.