Sago is the starch extracted from slips of tropical palm trees and is commercially produced and often sold in the form of pearls. They are usually cooked in water or choice of liquid and widely used in drinks and desserts. These balls are really easy to cook and only require mostly boiling in water until they are translucent. But if you want them cool or what I describe as "a bite with a fight", I follow a specific technique for how to cook sago. 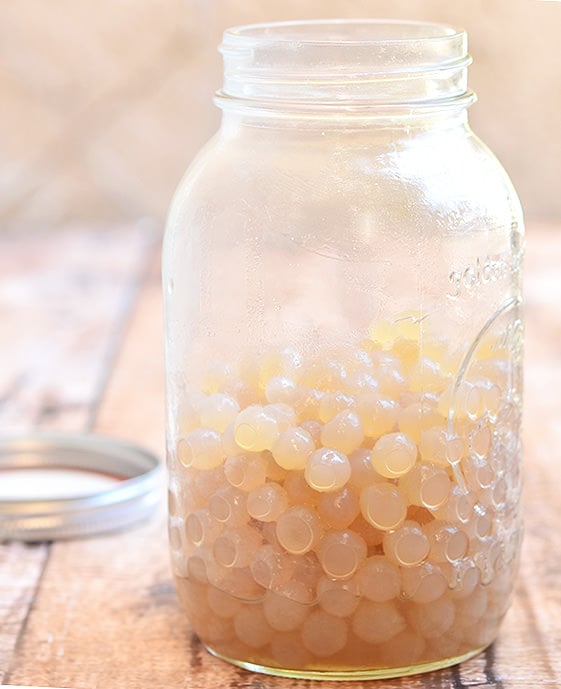 I usually store freshly prepared sago in a bowl of cold water until ready to use, but if I plan to keep the batch longer than a few days, I store the sago in a sterilized bottle of simple syrup to extend shelf life. I included a recipe for packing syrup using brown sugar. Here are some fun things you can use sago:

How to cook Sago

For the simple syrup

For the simple syrup