When I first researched this recipe online, there was not much information, especially not recipes for this particular pan-dulce. I found a Mexican place that shared a recipe, but the recipe was in kilos and grams. And the portions were huge! 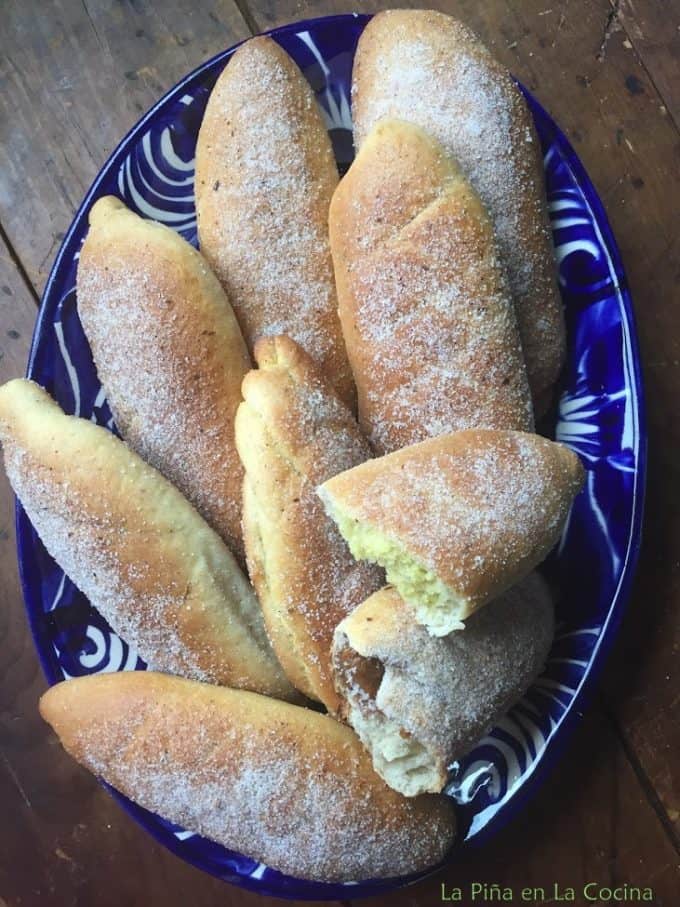 Here the test kitchen is running!

I really enjoy testing recipes. It's the best way to learn how things work! I've been known to test a recipe up to 4 times, or until I was happy with it. There have been some failures, but it only encourages me to try again. 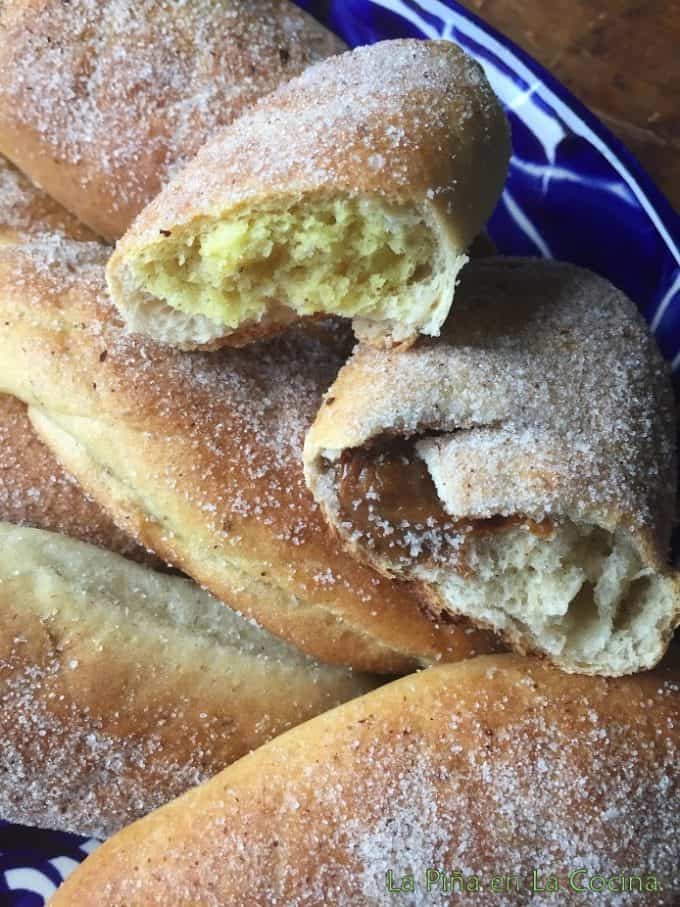 Since I first tried this recipe, I've learned so much about making bread with yeast. 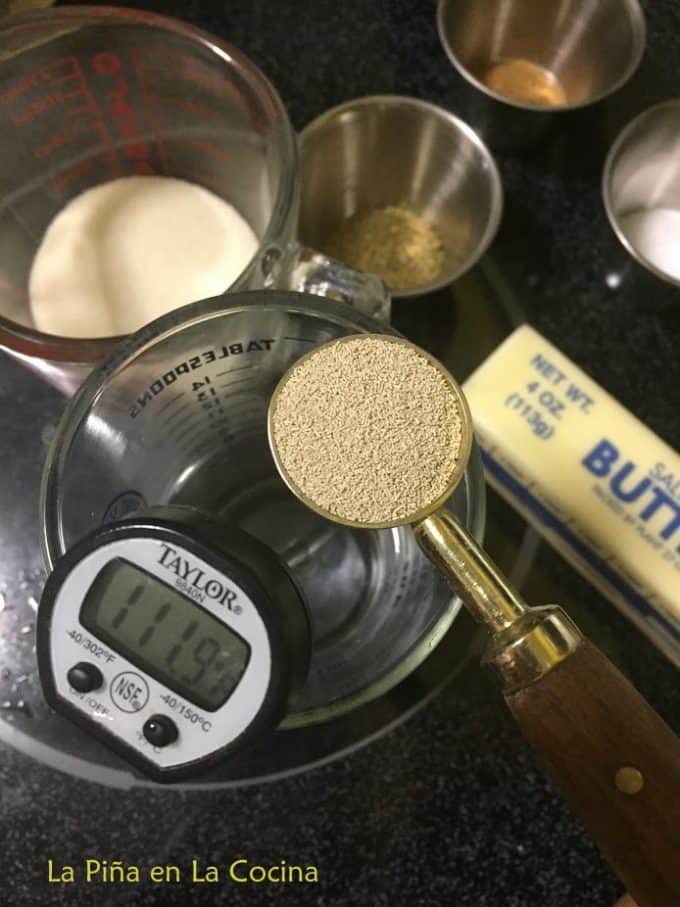 I regret the lack of pictures showing the dough before and after it is correct. I am currently working on a video and I will add it as soon as possible. 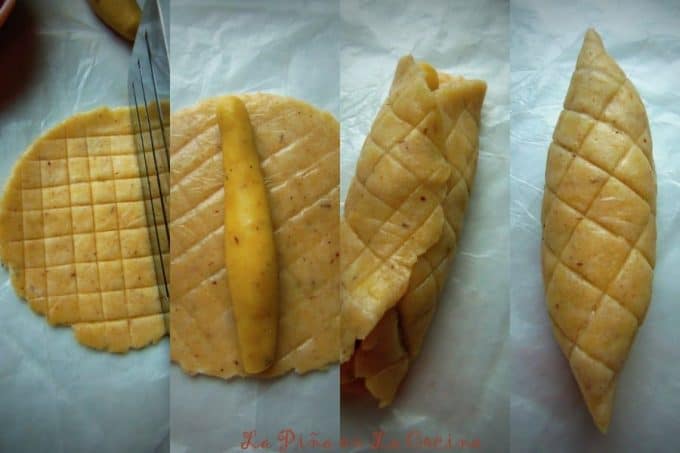 The picture directly above is from the first time I tried to recipe. The taste was there, but I felt the baked bread texture was dense. I got a few followers to try the recipe and expressed the same results. I adjusted the volumes and correction times. It made all the difference in the world! 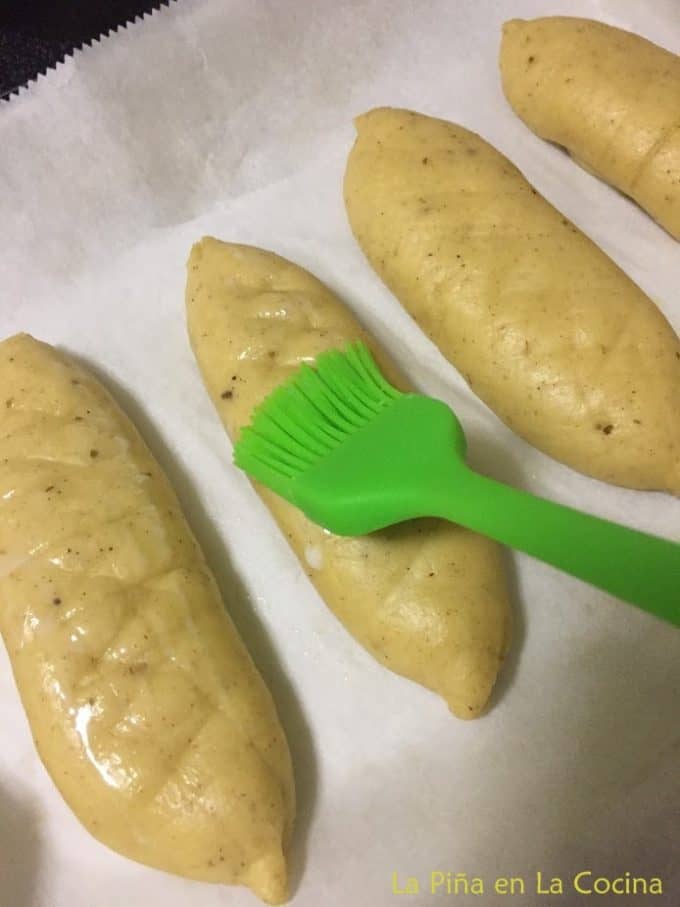 These photos are from yesterday with the revised recipe. You can definitely tell the difference and see how much more they have the proof. I was happy! 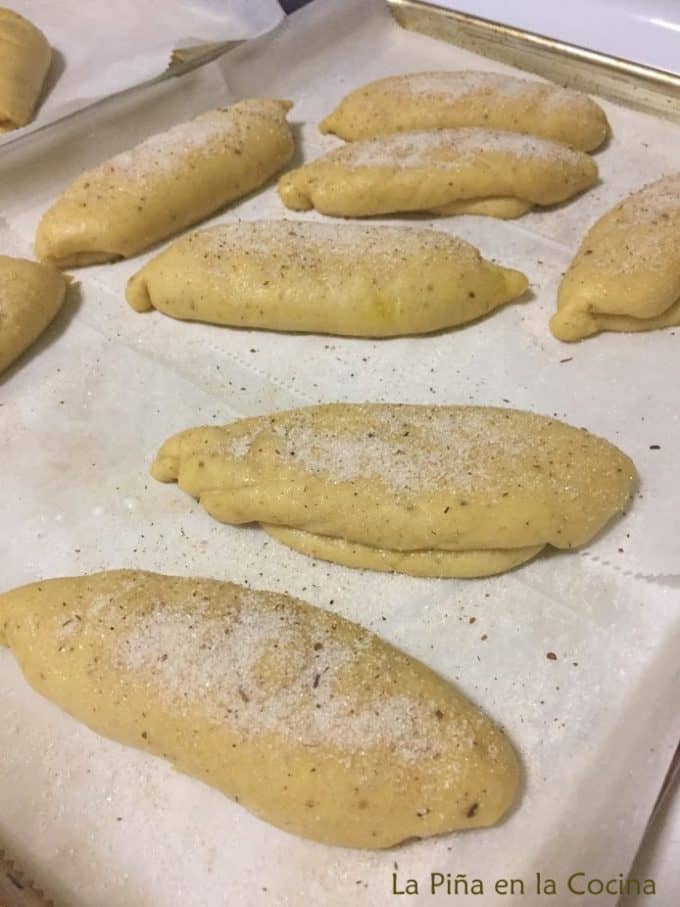 Tthe bread texture was great, but because the dough is much longer, the elote markings are not as pronounced as the first few times I prepared them. 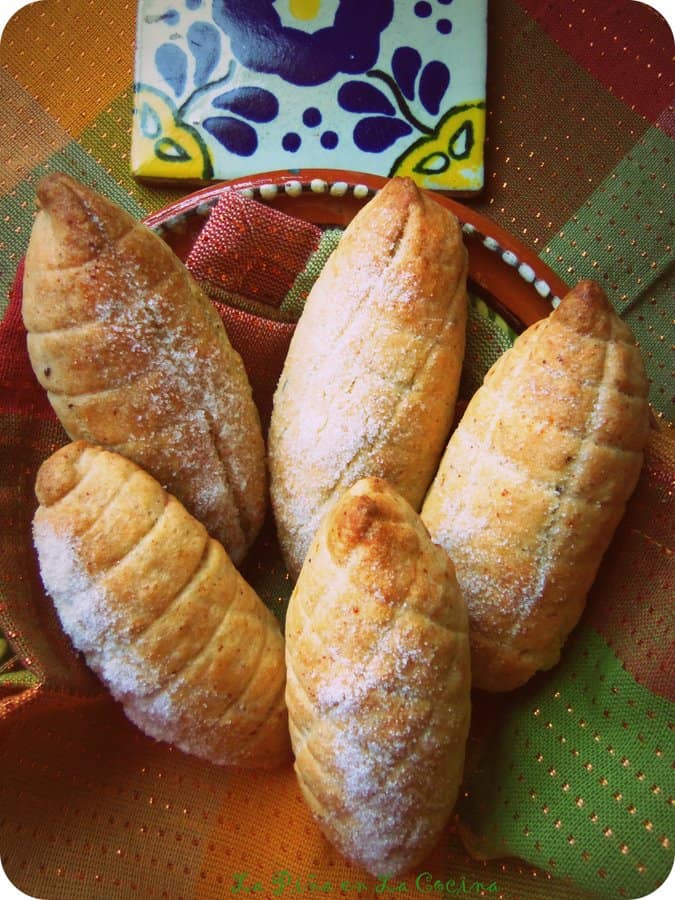 Picture of the first time I tried them. The marks scored are more pronounced. 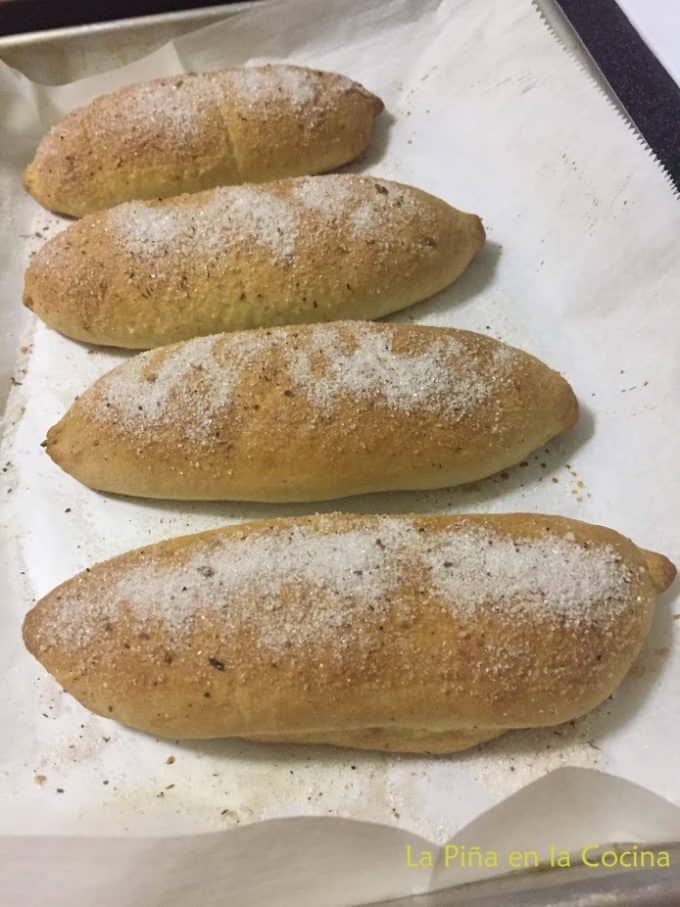 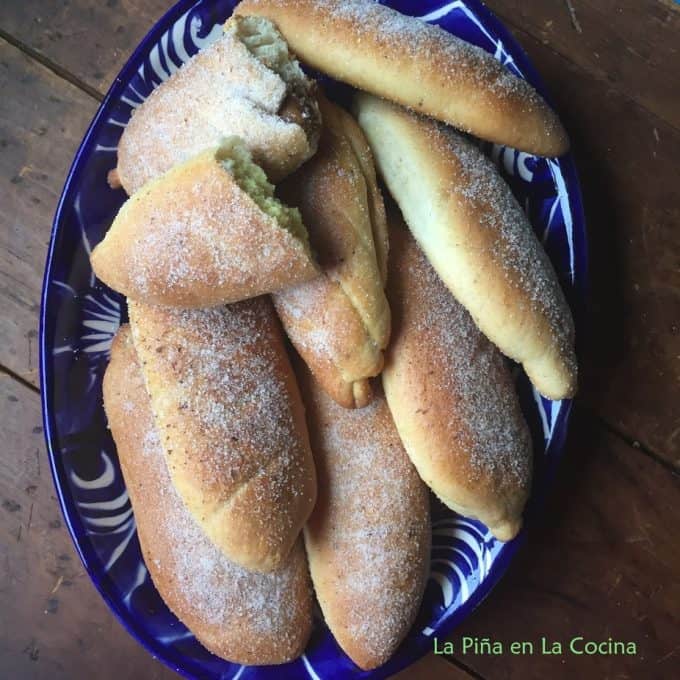 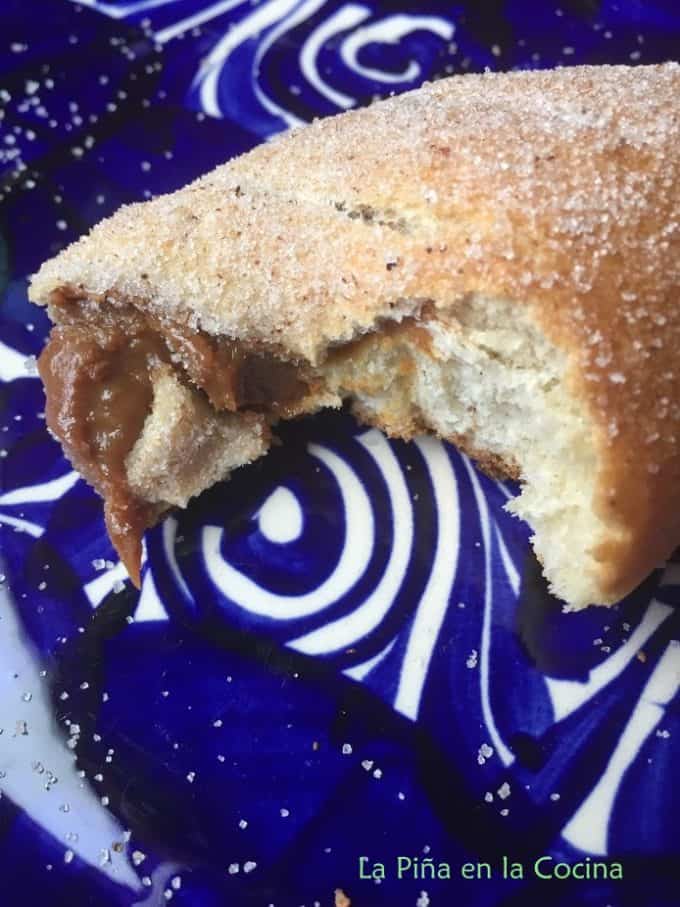 This tasty elote pan dulce recipe is a revised recipe adapted from the original recipe I published. I am much happier with the results of this version!

If using the dulce de leche caramel, refrigerate it in a bowl for a few hours before using it. You add approx. 2 tablespoons per Pan dulce in the center of each disc. 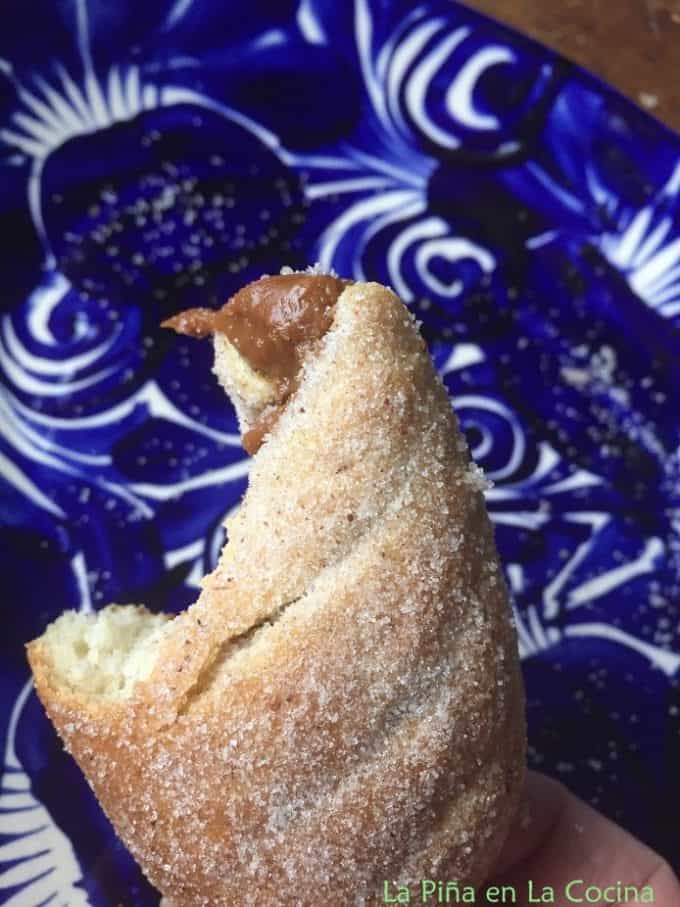 The fillings vary from the Mexican panaderia to the other. You can use almost any filling as long as it does not lose or run.